“Creasey is an unstoppable force and the crown prince of Aussie comedy.” – The Daily Telegraph

In 2021, Joel made history by being the first openly Versace-wearing man to feature on the cover of Men’s Health Magazine. He endured a gruelling twelve weeks of training to reveal an incredible transformation that blew away readers across the country.

Joel took a huge leap into the radio world in 2020, becoming co-host of Australia’s number #1 national drive show ‘Kate, Tim & Joel’ on Nova. In 2021’s ACRA Awards the show was awarded the prize for being Best Syndicated Australian Program and Best Networked Program and Joel was personally recognised with the award for Best Newcomer.

In early 2020, Joel entered the world of theatre by performing the role of George in the one-man play that he co-wrote and co-produced with Richard Carroll. ‘The Boy, George’ is a hilarious solo play that featured during the Midsumma Festival in Melbourne with plans to tour Australia.

Landing the much coveted role as co-host of SBS’s ‘Eurovision Song Contest’ alongside Myf Warhurst in 2017, Joel and Myf have hosted the global event described as the Olympics of song contests for the past five years. Joel has also co-hosted the live arena, global broadcasts of Eurovision ‘Australia Decides’ on the Gold Coast since 2019, where, for the first time, the country voted for our Eurovision contestant. Joel caused international headlines in 2018 during his commentary, when a stage invader attempted to grab the microphone during the UK’s performance.  Reacting without hesitation, Joel said “what an absolute cockhead”, a quote that immediately went viral worldwide.  Even JK Rowling heard the quote and instantly praised his candour, awarding him an ‘Order of Merlin First Class’, a title only held by 11 people in the world (yes, it’s really a thing and Joel’s proudest achievement to date).

A self-described shameless “fame whore”, Joel has become a television staple on commercial networks and streaming platforms. Joel can frequently be seen in the ‘funnies chair’ on Network Ten’s The Project. For the past five years, he has hosted the SBS television broadcast of the glittering explosion that is the Sydney Gay and Lesbian Mardi Gras parade.

In 2018, as Australia’s loosest cupid, Joel hosted the worldwide phenomenon, shiny floor dating show, ‘Take Me Out’ on Network Seven. Joel captained his team to (rare) victories on two seasons of Channel Ten’s studio-based comedy series, ‘Show Me The Movie!’, along with host Rove McManus during 2018 and 2019.

SBS also put their trust in the fabulous duo of Joel and Myf, joined by legendary journalist Ray Martin, to host in their very own style, the Royal Wedding of Prince Harry and Meghan Markle.

In 2017, Joel debuted in his first acting role alongside a stellar cast including Magda Szubanski, Lucy Durack and Catherine McClements in Channel 10’s new Comedy Drama ‘Sisters’. He also made his soap star debut on one of Australia’s favourite TV shows, Neighbours. Joel recently reprised this role, where you see his character return to cause more chaos on Ramsay St.

Joel’s first memoir was published through Simon & Schuster in 2017, “THIRSTY: Confessions of a Fame Whore”, which he has dedicated to the late Joan Rivers. Like Joel, Thirsty is acerbically funny, and full of his most personal, hilarious, joyous, heartbreaking, outrageous, ridiculous and scandalous stories.

Starting stand up at only 15 years old, Joel has harnessed his outrageous wit, sass and unrivalled story telling abilities to cement himself as Australia’s undisputed ‘Crown Prince of Comedy’ and one of the most-sought after and hottest comedians in the world. Every year Joel’s live show audiences grow, as punters in the know flock for an hour of no-holds-barred belly laughs. He has cemented a reputation for slicing, dicing and smashing through celebrity and pop culture, and himself, with unflinching candour and brutal home truths. Creasey cuts through celebrity spin to tell you how it is with charm, irreverence and the ultimate payoff of epic laughs. His national tours consistently sell out and the last five years he has had to add new shows at each Festival. Joel had the honour of being appointed the official Ambassador for the Adelaide Fringe Festival in 2018, with over 5,000 artists from around the country and world ascending on Adelaide for this prestigious festival.

Joel hosted the televised series of Sydney’s ‘Comedy Cracker Festival 2017’ for Foxtel. He has also hosted Network Ten’s Just For Laughs specials, highlighting the best of the Just For Laughs Comedy Festival in Montreal, where he has worked alongside such icons as Neil Patrick Harris, Sir Patrick Stewart, Jane Lynch, Ellie Kemper, Carrie Fisher, Alan Carr, Jeff Goldblum and Alan Cumming. Joel has also been a featured comedian at Montreal’s Just For Laughs festival for the past several years, having twice now been named as “one of the highlights” of the festival by the Montreal Gazette.  Joel also featured with his friend and fellow comedian, Rhys Nicholson, in the very raw and highly acclaimed comedy documentary for ABC, Gaycrashers, and had his own stand up special on ABC2.  As well as hosting the prestigious Melbourne International Comedy Festival Gala, Joel has made regular appearances on The Great Debate, Comedy Up Late, 20 to 1, Have You Been Paying Attention, Talkin’ About Your Generation, Spicks and Specks, The Big Music Quiz, Studio Ten, A League of Their Own, Dirty Laundry, How Not to Behave and It’s a Date, to name but a few.

Joel won Best Presenter for 2017 at the LGBTI Awards, as well as being selected to be in Cosmopolitan’s inaugural Rainbow List as one of their top 50 most influential LGBTQI voices, and became Ambassador to Skyy Vodka’s #CheerstoEquality campaign. He was crowned  Comedian of the Year at the GQ Men of the Year Awards 2016, after losing on an episode of All Star Family Feud. Swings and roundabouts! Joel then hosted the GQ Men of the Year Awards in 2019 to rave reviews.

Internationally, Joel made his UK television debut on the ratings juggernaut A League of Their Own hosted by James Corden on Sky TV. In the US Joel has been seen on multiple comedy specials and on Playboy bunny Kendra Wilkinson’s reality show Kendra as her wise-cracking Aussie mate.

Joel won a legion of new fans in 2015 when he appeared in people’s living rooms 5 nights a week as a contestant and a firm favourite on the first Australian season of Network Ten’s I’m a Celebrity… Get Me Out of Here! From the hundreds of thousands of votes Joel accrued, he helped raise much needed funds for his charity – Juvenile Diabetes Research Foundation – a cause close to his heart with his sister being a type 1 diabetic.

So popular was his appearance that he returned in 2016 to host the companion show I’m a Celebrity… Get Me Out of Here Now! broadcast live five nights a week from the depths of the African jungle.

In the world of stand up, Joel has had sell out tours of Australia, the UK, Asia and the USA. With his first solo tour at the age of 19 earning him a Best Newcomer nomination at the Melbourne International Comedy Festival – Joel has gone on to present ten acclaimed, sell out tours. Joel was fortunate enough to be hand-picked by the legendary Joan Rivers as her US support act with Joan going on to say “He is a f*cking star!”. 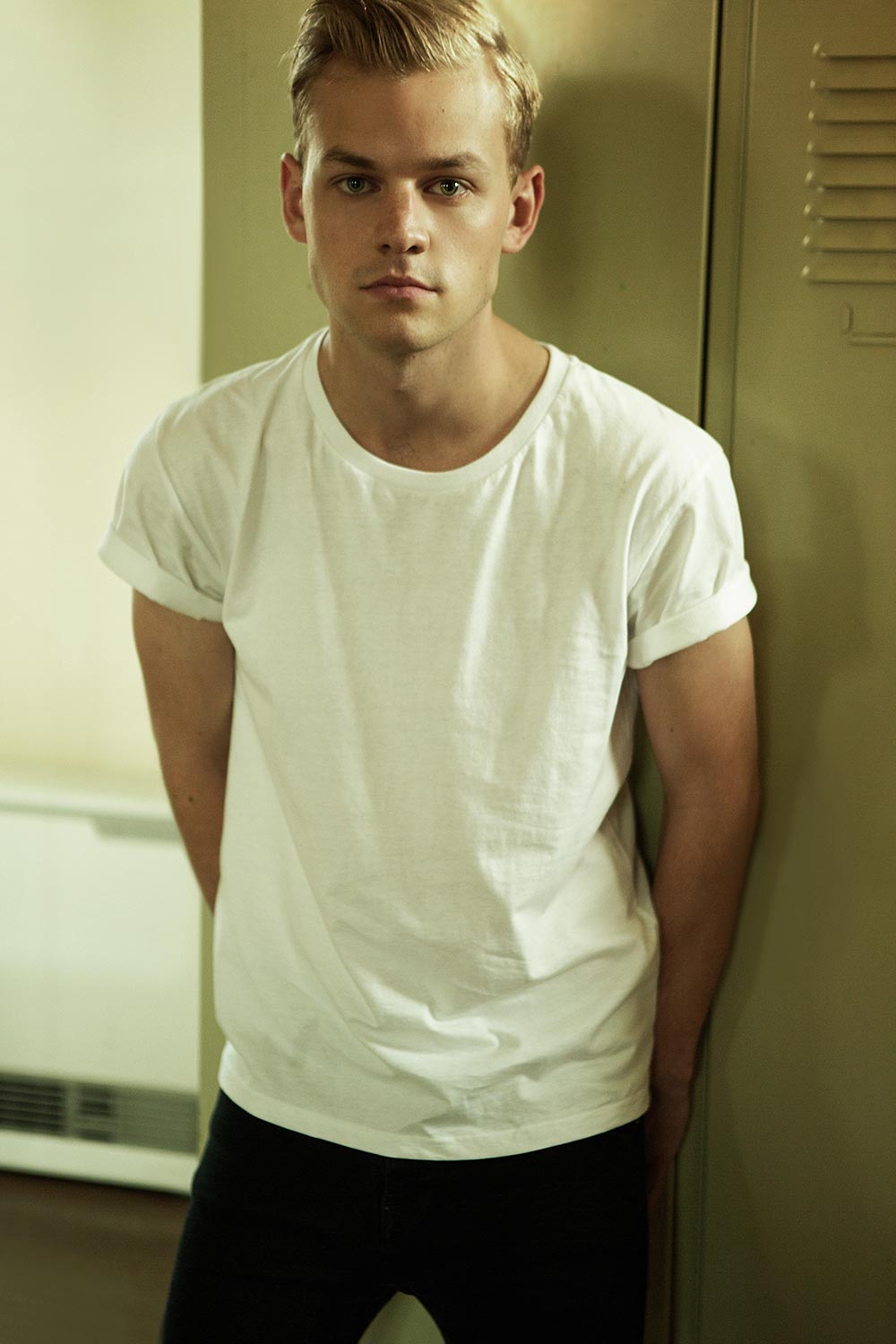 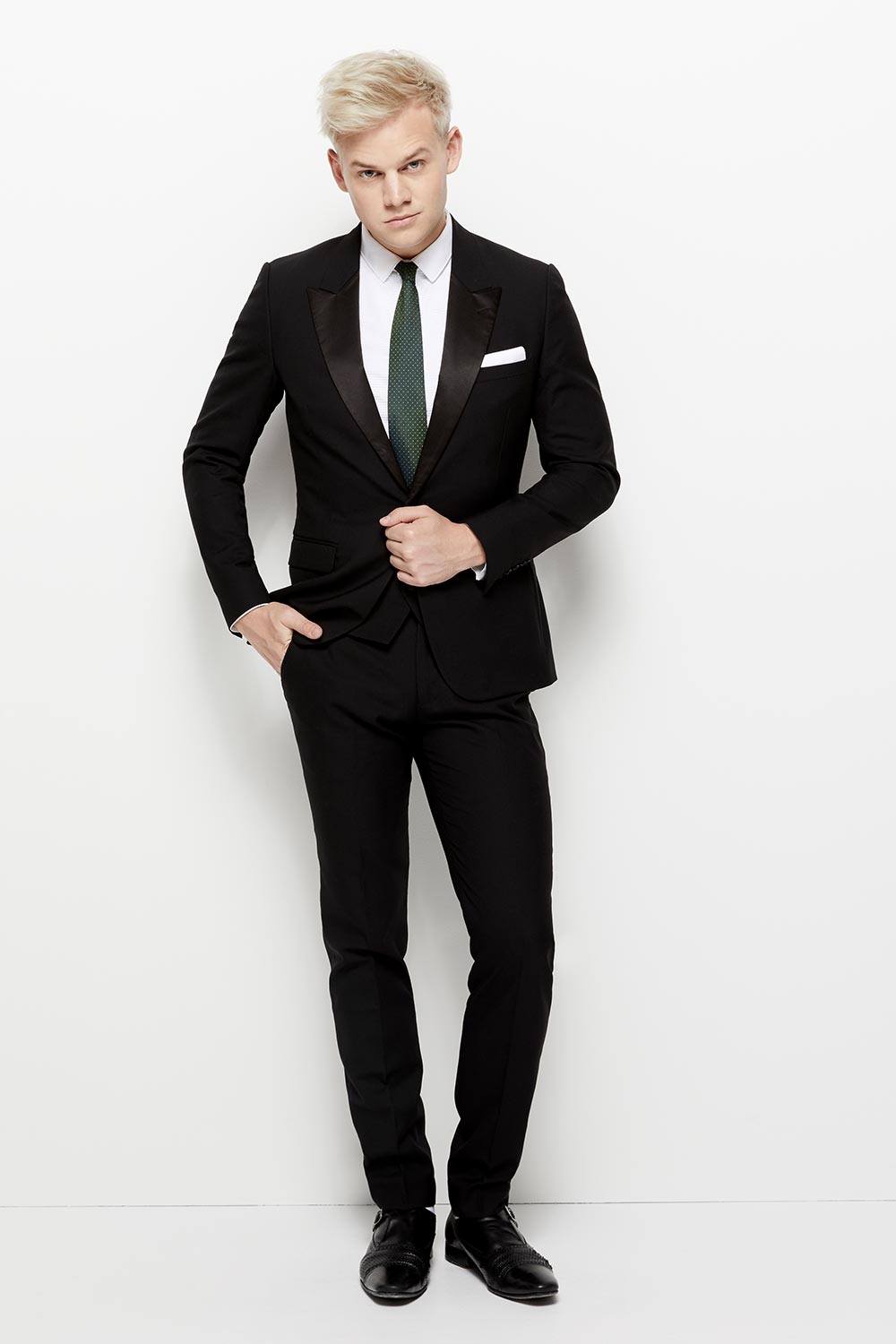 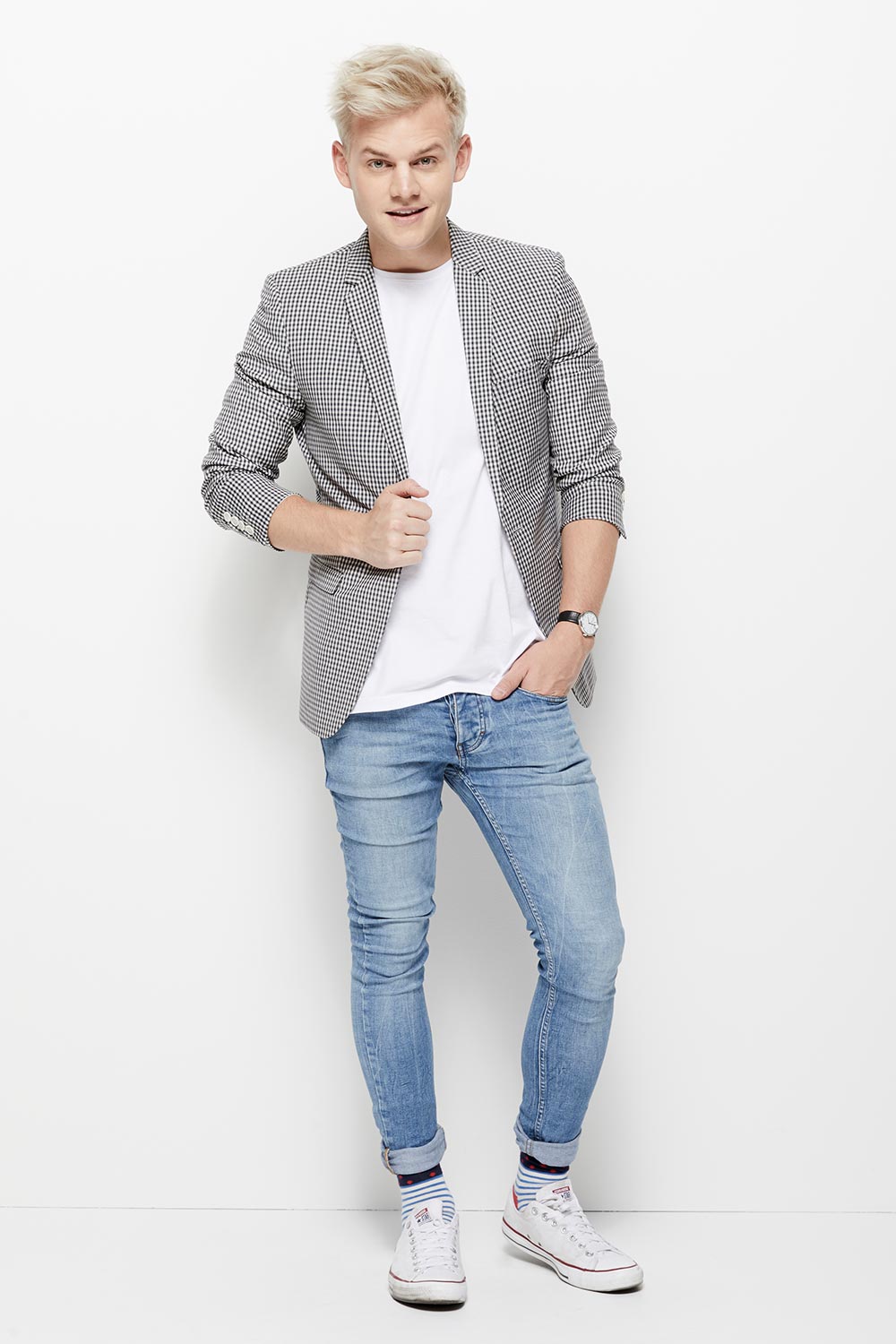 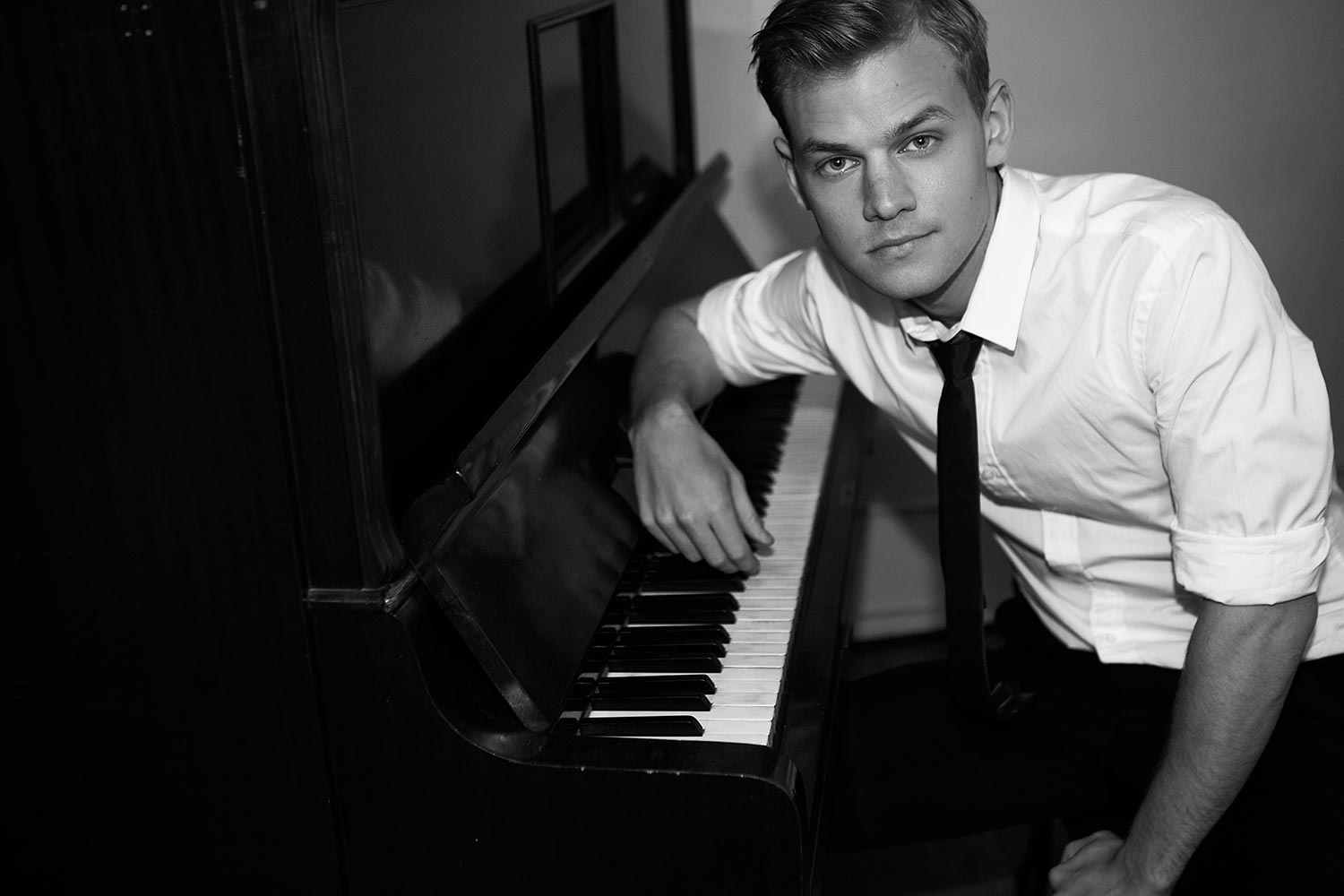 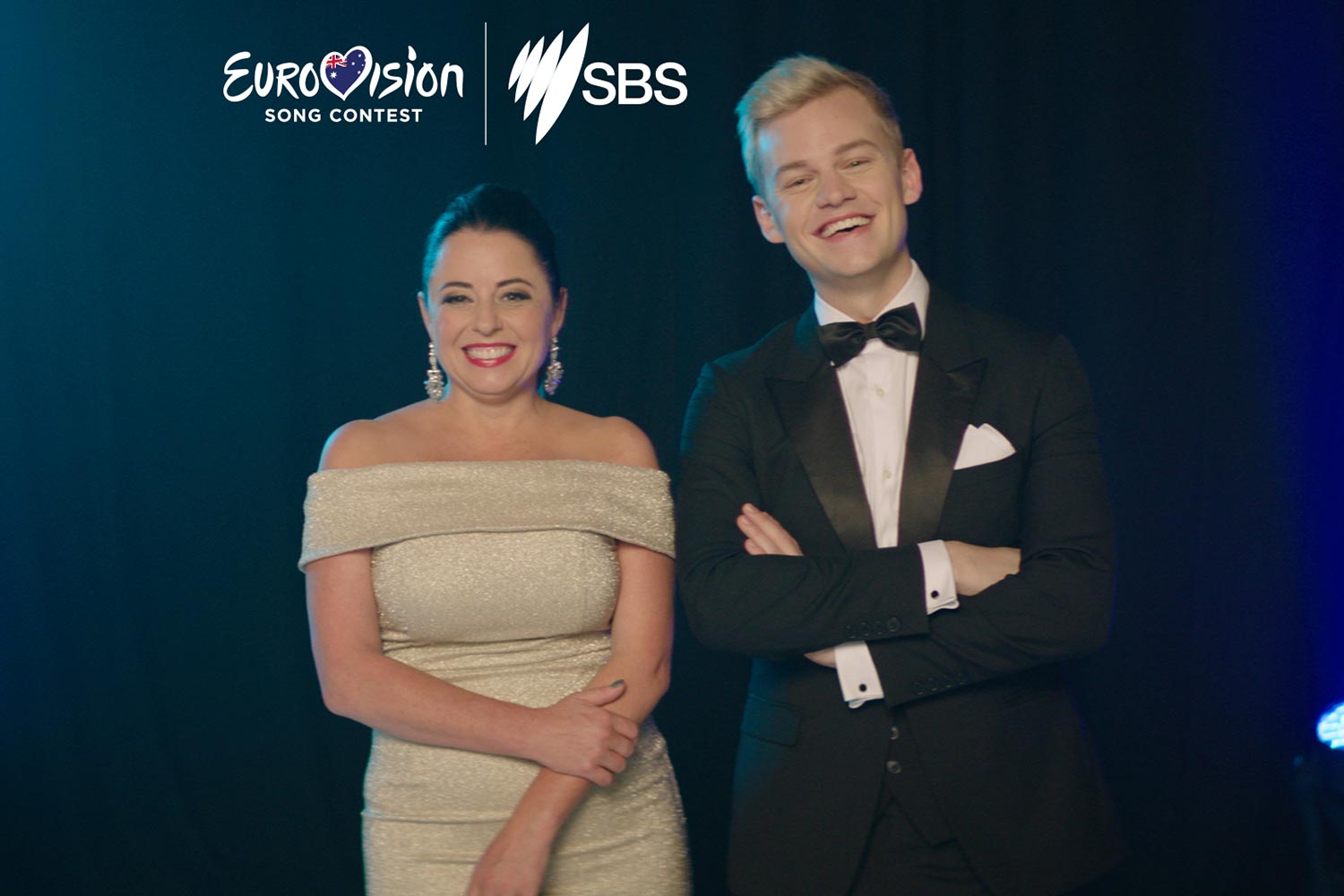 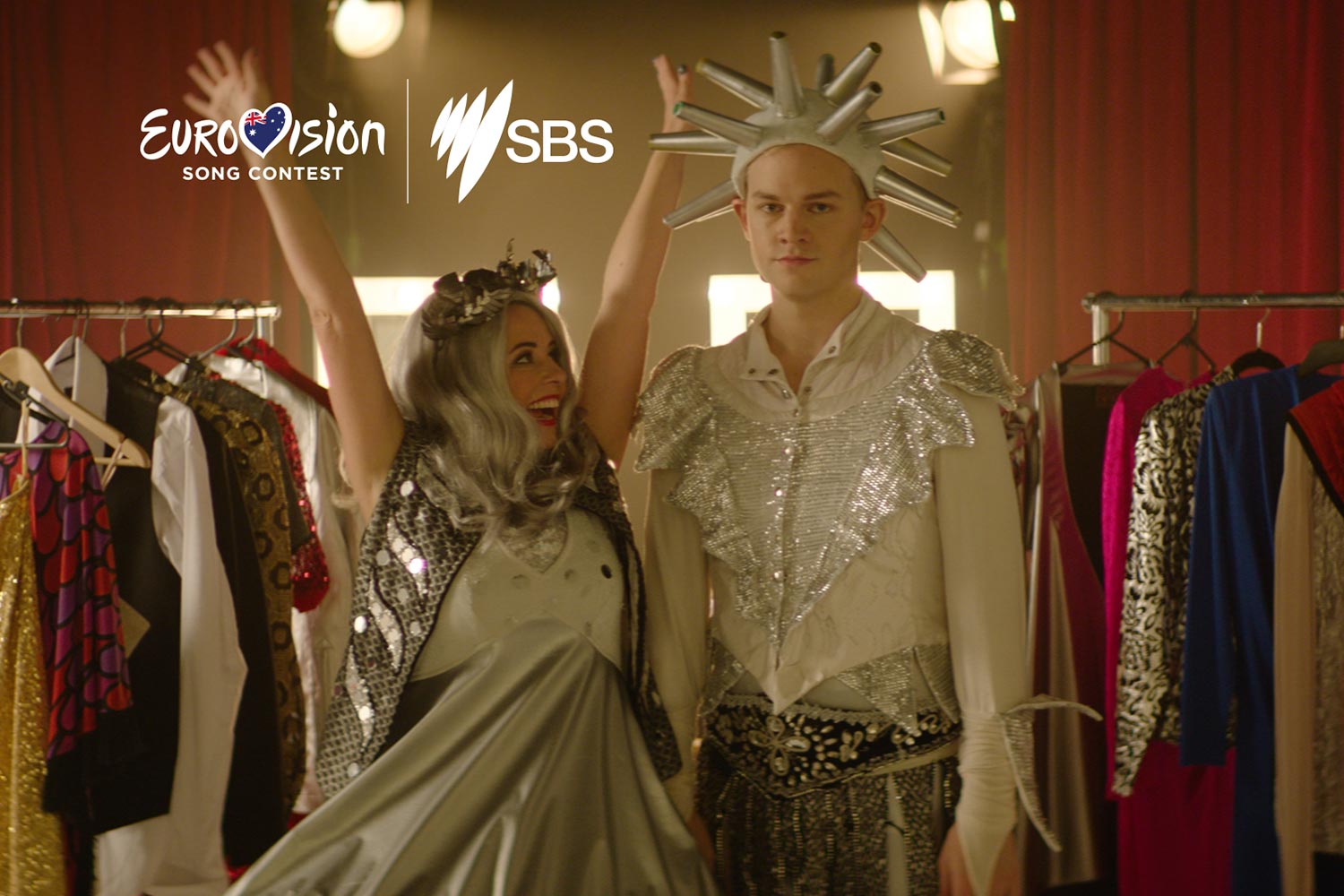 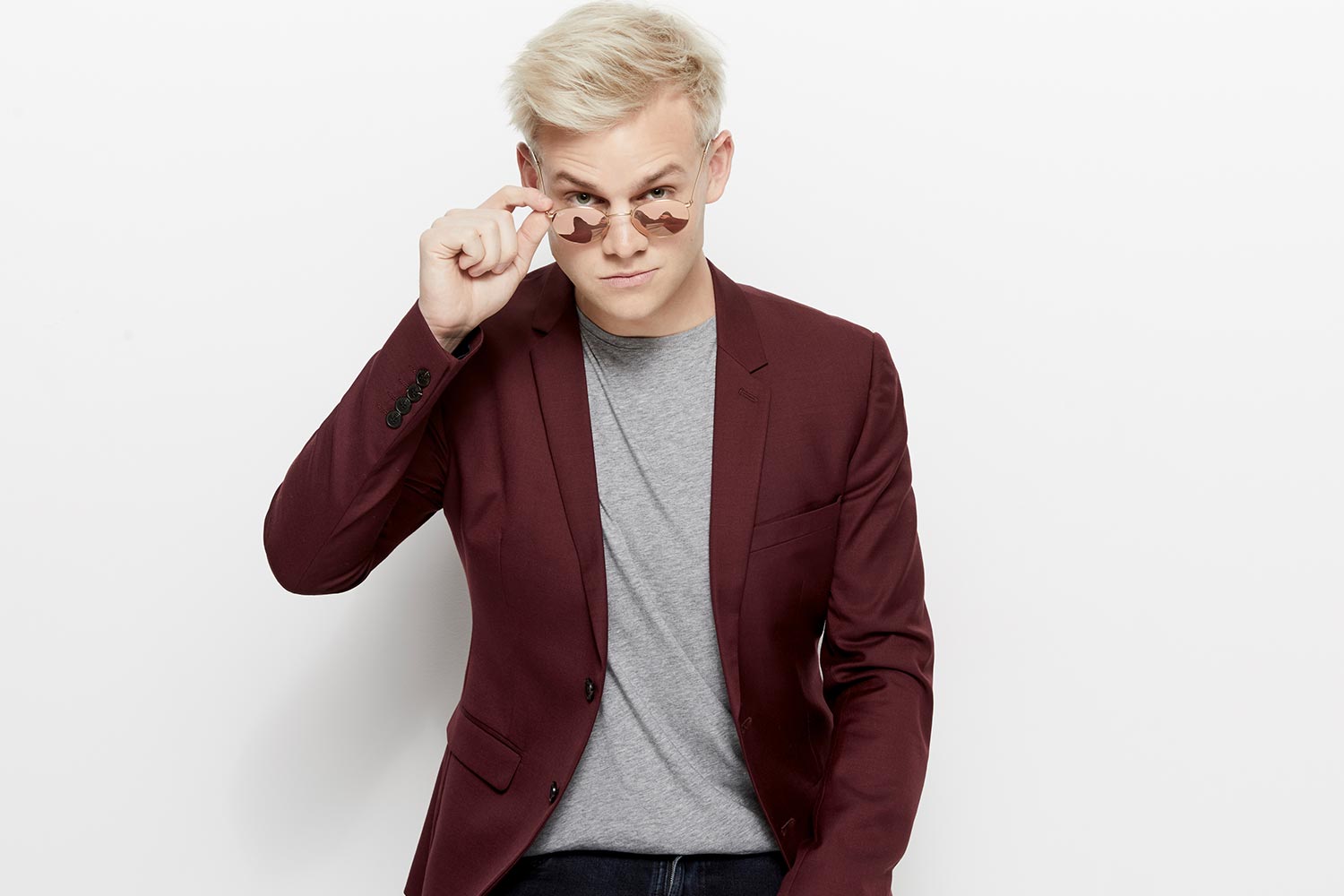 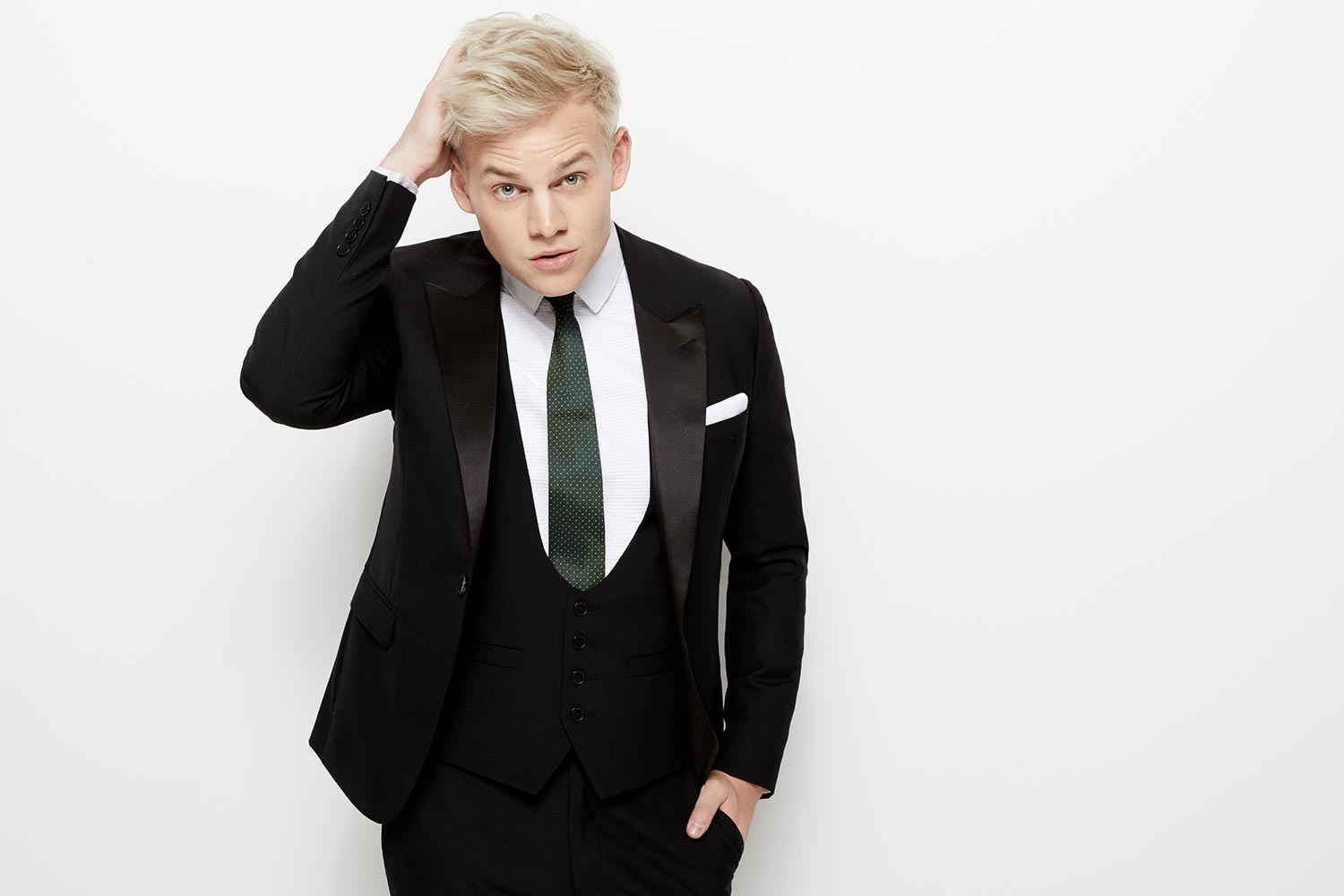 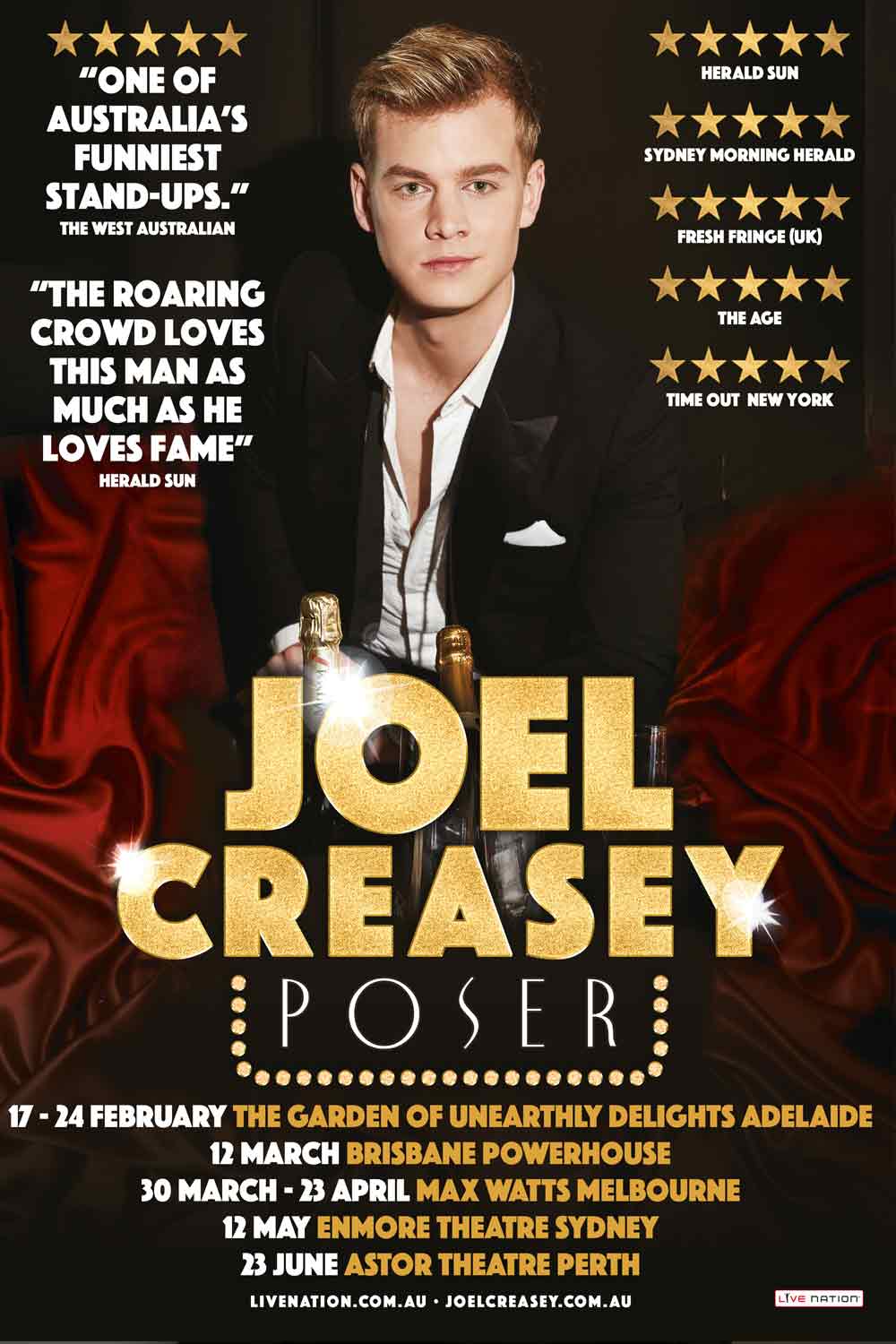 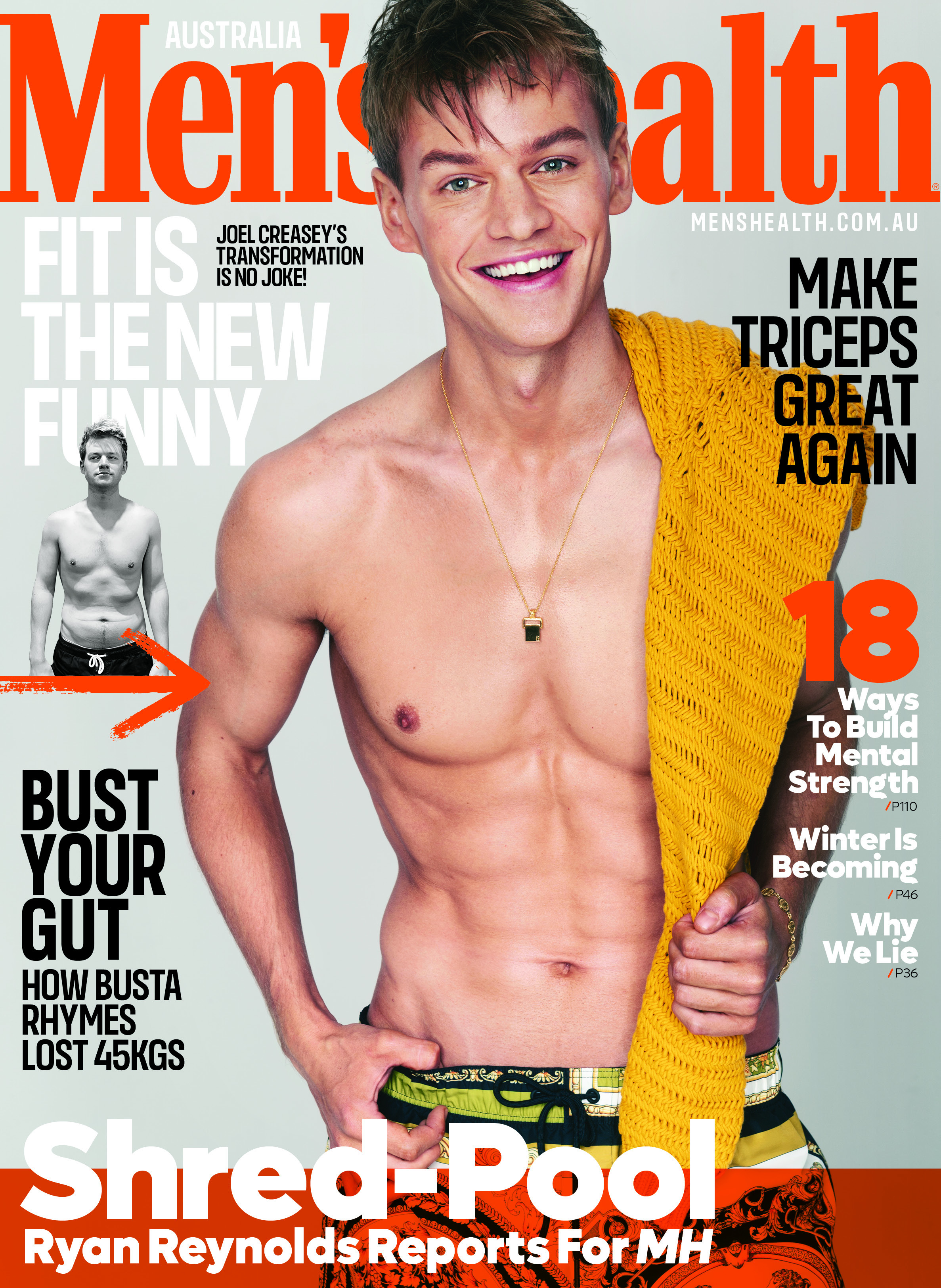