Since appearing on the juggernaut reality series Married at First Sight in 2019, Martha has become one of Australia’s most in demand influencers.

From the beginning, Martha stood out on the match-making series. Unlike many of the other couples, Martha and partner Michael Brunelli became a team when they first met on their wedding day and their union remained unbreakable. The doting pair are one of the few couples to have found love and happiness on the series. Their series recently aired in the UK, which has generated a new legion of UK based followers for Martha.

While Martha’s notoriety came after being on the giving end of a memorable MAFS red wine throwing TV moment, her popularity now transcends the series. Martha will soon be seen in the much-anticipated Channel Nine series “Celebrity Apprentice”, while her infamous mother Mary has joined the 2021 Big Brother House as a housemate.

Whatever she does, Martha makes an impression.  Appropriately, she is host of Channel Nine’s Digital series ‘Red Wine Moments’. Two seasons in and Martha openly, honestly and often brutally shares her personal review of each MAFS dinner party.  Martha and boyfriend Michael made their return to the dramatic dinner party scenes for the MAFS All Star Reunion 2021.

But beyond MAFS, makeup artist Martha has emerged as a “Beauty Influencer” steadily building a solid following and attracting a long list of major brand collaborators including Myer, Olay,  JS Health, MAC Cosmetics, Shopback, Glassons and Aceology.  Her beauty tips & skin care tutorials have captured the much sort-after young female demographic who want whatever she’s using.

She is also sought-after for brands beyond beauty, including Dan Murphy’s and Uber eats.

In 2020 Martha was nominated for an E People’s Choice Award – Australian Social Star of the Year and passed the toughest test in radio – filling in for Jackie O on the Kyle and Jackie O show, Kiss Network.

Martha is an ambassador for Bully Zero, an organisation that believes every Australian should feel safe, valued and respected. 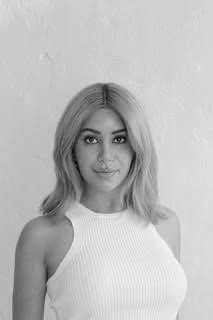